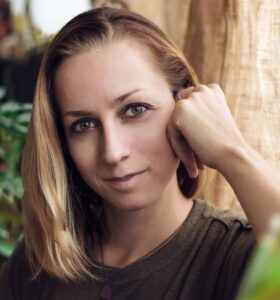 Since 2014, Suzanne has been teaching creative professionals from all backgrounds, at all stages in their careers, how to slow the f*ck down & think more clearly about what it is they truly want. She designs custom time management systems to help them implement new routines that create more freedom & balance in their daily lives. She believes you don’t have to sacrifice your health, your relationships, or every hour of your day to succeed in building a career you love. It’s time to #RedefineTheHustle and achieve more success with less suffering. But Suzanne didn’t always believe that.

Born and raised in NYC, aka the city that never sleeps, it was difficult for her to trust that busy ≠ productive. New Yorkers live for “The Hustle.” If she wasn’t working at least 4 jobs at once, then she believed she wasn’t “hustling” enough; she had no time for friends or family and still felt she should be doing more. As she often recounts, “I was terrified of failing.” Sleepless nights were her specialty, in addition to saying “yes” to things she hated and doing work that made her miserable – all for the sake of proving how much she wanted it, whatever “it” was.

No ailment or obstacle could stop her from showing up every day and pushing herself as hard as she could to get the job done. The question was – what job? What was the goal? “I kept working with not only no end in sight, but no goal in sight,” she admits. “I knew I wanted to ‘make it’ – but what did that look like?” In 2013, Suzanne contracted Lyme disease. Lyme Disease caused significant changes in her life. “While I didn’t listen to anything else the Universe threw my way to get me to slow down, I was now forced to listen.”

Due to extreme lethargy, muscle aches, and painful migraines, Suzanne could only work a few hours a day, if that. She was forced to reinvent her system for

productivity and find a better way to reach her new goals. After extensively studying habits & human behavior while getting her Master’s in Psychology, Suzanne realized the entertainment industry, as we know it, is broken. After her journey of un-learning her unhealthy, workaholic ways and re-inventing a system based on working smarter, NOT harder, Suzanne was led to her true purpose in life – helping creative professionals avoid burnout and achieve more with less stress. She knows how hard it can be to slow down and she didn’t do it alone. After realizing how valuable hiring a coach was for her, she is now here to help you avoid the same mistakes and reach your full potential without sacrificing your health and mental wellbeing.