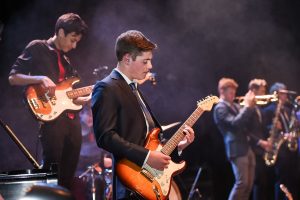 Change can be difficult. But oftentimes, challenging the status quo yields remarkable results. As our traditional definition of teaching and learning continues to transform, what are a few ways we, as music educators, might be able to facilitate these modifications in our classrooms and rehearsals? How do you go about altering the learning environment of the classroom in an effort to place the students at the center of, well, everything?

Creating and nurturing a student-centered, democratic learning environment can be difficult to fathom if you’re partial to teaching how you were taught. If you come from a traditional band, orchestra, choir (BOC) background, breaking out of this mold can be more than a little challenging, no doubt! In this article, I’ll discuss some concrete, practical ideas you can implement into your classroom…sorry, your student’s classroom. Because, in the end, we’re trying to bring them into the experience and to take a central role in the learning process; their learning process. 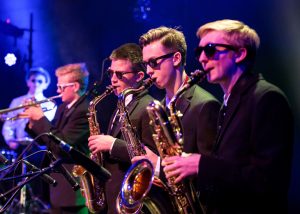 In the musical Fiddler on the Roof, Reb Tevye extols the legitimacy of tradition in the face of changing times. I would argue music education has more than a few Tevye-like proponents, supportive of a paradigm that doesn’t necessarily speak to our student’s out-of-school experiences and musical pursuits. One of the first things we’ll need to tackle are the predispositions and biases we bring to the classroom. If all we know is a rehearsal environment predicated on sitting in assigned seating, arranged in concentric circles, facing the director, where the director is in control of, quite literally, everything from song selection to the flow of the rehearsal to musical interpretation, how do we pivot away from that?

I’m not saying we need to blow up the traditional BOC paradigm via encouraging you to sacrifice your conducting baton and podium on the bonfire of educational reform, but I am saying we might need to disrupt this conventional notion a bit, in an effort to move the rehearsal setting away from a director-centered, autocratic model cemented in the notion of “Well, this is how we’ve always done it.”

I should confess that I, too, grew up in a very traditional BOC program. It took more than a few years, and ­a bit of soul-searching, to move away from what I had always known and from what I was comfortable with; from teaching how I was taught.

It’s not about you 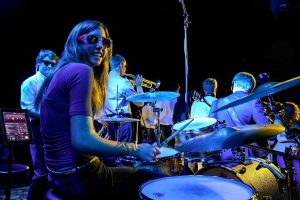 heir space. How can you utilize your background to enhance their experience in the space? By repositioning your role of director towards that of a co-learner with the students, you not only alter the power dynamic, but you place some of the onus and responsibility of learning on the students, thereby further involving them in the process.

Allowing students to have a say in the songs the ensemble rehearses and performs is a simple way to involve students in the process and a gesture they’ll certainly appreciate. It not only provides a modicum of ownership in the ensemble, but it also encourages students to listen to a variety of styles of music, to think about what might best fit the band, to take in and reflect on other’s opinions and viewpoints and, most importantly, to choose songs the group might actually enjoy playing! Using your background and knowledge, you can then guide the students to songs that will not only play to their strengths, but will also develop their weaknesses.

Ask the students how to improve the song 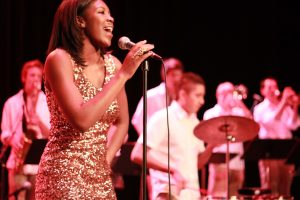 By asking students their suggestions on how they might improve a song, a phrasing, or the best spot to breathe, you’re supporting them as they learn the mechanics of the music and in growing as a musician. You’re also nurturing the student to better understand their part in the musical conversation through active listening. If the students have listened to the songs the band is rehearsing and performing (and the band should ALWAYS listen to recordings of the songs they’re rehearsing and performing) you’re offering them an opportunity to have a say in the ensemble product while, at the same time, coaching them in their development as critical listeners.

Put down the baton, get off the podium

You could approach this suggestion from one of two directions. First, you could, quite literally, put down the baton, get off the podium and walk around the room. What do you hear that’s different from your position on the podium? What do the students hear? Are sight lines clear to the other players and to you? There have been a number of times, perhaps when a student missed an entrance or couldn’t quite lock in a unison line, that baffled me during rehearsal. But when I placed myself in the student’s space, it became clear that they had an awkward page turn, they couldn’t hear the unison line, or they were experiencing any number of issues I couldn’t appreciate from my position in the room. I had to be in their space to better understand their challenges. The second approach to this suggestion is to step off the podium and ask a student to rehearse a section. This helps to give the student a broader view of the music as a whole when compared to their normal position in the section. In a jazz band setting, involving students in the rehearsal could be as easy as asking different members to count off the tune. 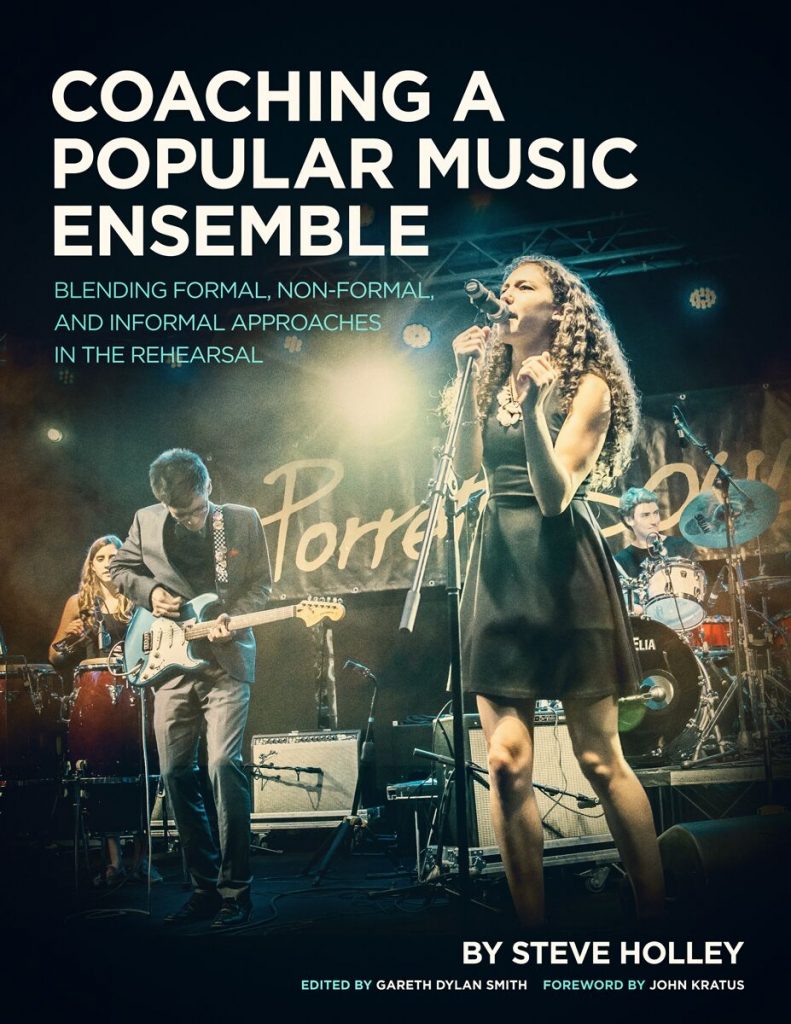 Check out Steve’s book on Amazon!

These are but a few ideas you can utilize to continue your growth as an educator and to instill musical and life skills into your students. While it does take a bit of effort on your part in the beginning, I can happily relate that my job became easier, and more enjoyable, as I handed over parts of the rehearsal, and the ownership of that process, to the students. By developing a more collaborative, democratic rehearsal environment you, too, can empower your students to grow both as musicians and as young people.

Parts of this article were excerpted from Steve’s book:
Coaching a Popular Music Ensemble; Blending formal, non-formal, and informal approaches in the rehearsal →

About the Author: Steve Holley

Grammy nominated music educator Steve Holley served as the Producer for the Commercial Music Program at the Kent Denver School outside Denver, CO, for nineteen years. Steve holds a B.M. in Jazz/Classical bass performance, a M.M. in Jazz/Classical bass performance from the University of Memphis, and is currently pursuing a Ph.D. in Music Education at Arizona State University.