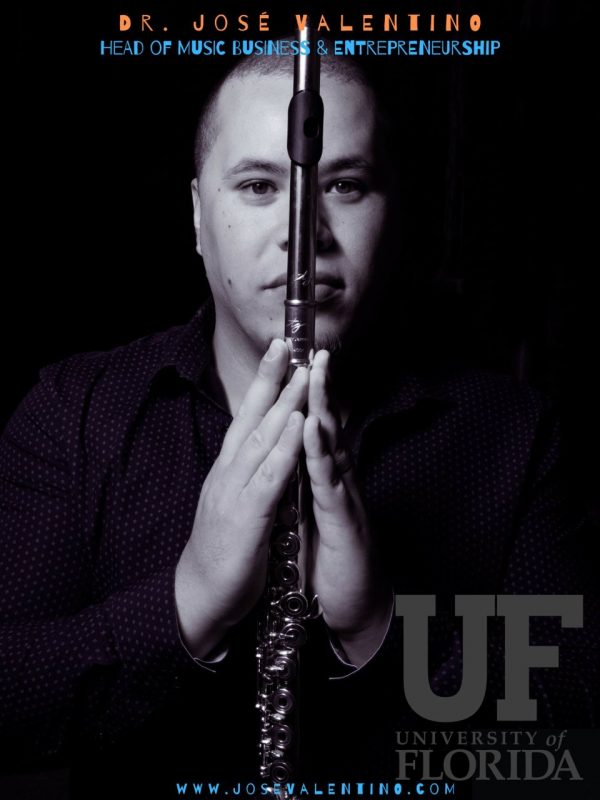 As prolific recording artist & producer with 60 albums to his credit, José Valentino has produced 16 solo albums through his indie label that are available on all media streaming platforms and online stores within the following musical styles: contemporary jazz albums – “A Walk With God” and “Mosaico”, a world-fusion album – “A Traveler’s Journey”, two straight-ahead jazz album – “A New Standard” and “Remembering”, a singer-songwriter album – “The Other Side of Love Songs” with EMMY® Award Winner Gualo, a hip hop album -“Shade & Color”, a solo bass album – “Soul Speaks”, a solo jazz piano album – “Expressions: The Jazz Piano Album”, two Latin jazz albums – “I Make You Want To Move” and “Ahora Más Que Nunca”, a world music album with the renowned flutist Jim Walker – “We Are One: An Exploration of Latin American Music, two instrumental albums with Latin GRAMMY® Award Nominee Bruno Miranda – “Chapter II” and “His Presence”, a folk instrumental album – “Wind of Revelation”, and a funk/fusion album – “Real & Raw: The Live Sessions.” Currently, José Valentino is working on an innovative album, “The Global Funk” which features his unique musicianship on multiple instruments and compositions that infuse powerful lyrics sung by José in Mandarin, Swahili, Spanish, Hindi, and Zulu. In 2019, his feature with The Paris All-Stars Orchestra, a revamped arrangement of “Careless Whispers”, reached #4 on the Top 100 Salsa Charts.

His award-winning music entertainment and production company, JV Music Enterprises LLC., is comprised of a unique team of top-industry producers, instrumentalists, composers, audio engineers, and communication specialists. The aim of the company is (1) to offer the best consultation and music production/recording services for new music business start-ups, performing/recording artists, and non-profit organizations in music education; (2) to facilitate strategic marketing initiatives for independent artists, and (3) to provide booking and management services for curated performers of various musical styles at affordable rates.

This week, we're highlighting Jose Valentino Ruiz in our music beyond the classroom series. Not only is Jose one of our authors at F-flat books, he is an incredible musician who wears many hats. University [...]

How To Confront Father Time as Educators What an exciting time it is for all educators! Another fresh year with eager and gifted students who are slightly nervous and shy. Yet, they're excitedly looking to [...]

By José Ruiz|2019-09-05T08:22:48+00:00August 28th, 2019|Categories: Back-to-School 2019, Musicians, Series|Tags: back to school, José Valentino, music education, musicians, professional musician, suggestions, time management|2 Comments
Read More
We use cookies to ensure that we give you the best experience on our website. If you continue to use this site we will assume that you are happy with it.OkPrivacy policy