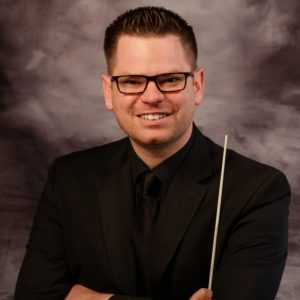 Prior to his appointment at West Chester University, Mr. Gumble taught for 13 years in the public schools as the Director of Bands at Hempfield High School in Landisville, Pennsylvania and Associate Director of Bands at Quakertown Community High School. Mr. Gumble is an active guest conductor, clinician, producer, and presenter at professional development conferences across the Northeastern United States. He has served as the Band Content Representative on the PMEA State Professional Development Council and has contributed original articles for PMEA Magazine. Mr. Gumble has been a quarterfinalist for the GRAMMY Foundation’s Music Educator Award and has been nominated for “Who’s Who Among America’s Teachers” as well as multiple “Teacher Impact Awards” through Central Pennsylvania’s NBC affiliate, WGAL.

How to practice during a pandemic: Just keep swimming

The current pandemic has thrust the global population into a period of uncertainty unrivaled in recent history. Music students at universities around the world are being forced to abandon the structure that has helped to frame [...]